S. A. Fattah received the Ph.D. degree in ECE from Concordia University, Canada in 2008. He was a visiting Postdoctoral Fellow and later visiting Research Associate in the Department of Electrical Engineering at Princeton University, New Jersey, USA. He received the B.Sc. and M.Sc. degrees from BUET, Dhaka, Bangladesh, where he is currently serving as a Professor in the Department of EEE. He was the winner of Concordia University’s the 2009 Distinguished Doctoral Dissertation Prize in Engineering and Natural Sciences and was selected as one of the Great Grads of Concordia University in 2008-2009.He is a recipient of the Dr. Rashid Gold Medal for the best academic performance in M.Sc. He is the recipient of URSI Canadian Young Scientist Award 2007 and Bangladesh Academy Science-TWAS Young Scientists Prize 2014. He was the first prize winner in the SYTACOM Research Workshop in 2008. Recently, one of his papers has received the Best Interactive Poster Session Award in ICIEV 2014. Many projects and theses under his supervision have been awarded prizes in Concordia University and BUET. He was a recipient of NSERC Postdoctoral Fellowship in 2008.

Dr. Fattah has published more than 130 international journal and conference papers. His research interests include the areas of speech, audio, music, image, video, genomics, biomedical signal processing, biometric recognition, multimedia communication, robotics, system identification and modeling. He served as technical chair, organizing chair, session chair, technical program committee members of different national and international conferences. He is the General Chair of 5th IEEE R10 HTC, Technical Program Chair of IEEE WIECON-ECE 2016, MediTec 2016 and IEEE ICIVPR 20017. He was awarded the Best Organizer Award 2011 from the Department of EEE, BUET. Recently he delivered Keynote Speech in 7th ICGIP 2015 in Singapore, Invited Talks in IEEE R10 HTC 2015, Philippines, IEEE R10 SYWC 2015, Colombo, Sri Lanka, and IEEE R10 Technical Seminar 2016, Thailand. He was RESMIQ Invited Researcher at Concordia Univerasity during July-Aug. 2014, and offered Visiting Lecture at NUPT, Nanjing, China in July 2015 and Visiting Lecture in the Dept. of EEE, Univ of Saskatchewan, Canada in July 2016. He is the reviewer of different international and IEEE journals. He was the Editor (2013-2014) and now Member of Editorial Board of Journal of Electrical Engineering, Institute of Engineers, Bangladesh (IEB) and Associate Editor of IEEE Access.

Dr. Fattah has been contributing in several important research, projects and testing services in BUET. Some recent notable projects where he was involved are SCADA projects (installing, testing & commissioning of SCADA System in some power network in Bangladesh) and Power Plant Simulator projects (consultancy and training services). Because of his initiation, BUET Robotics society was recently launched where there are more than 500 members. He served as Chief Faculty Advisor for several years in International Robotic Challenge (IRC). He is the member from Department of EEE in the Executive Committee that working for the establishment of BUET Robotic Center.

Dr. Fattah is the Chair of IEEE Bangladesh Section, 2015-16. Previously he served as Vice-Chair and Secretary of the section. He is the recipient of most prestigious 2016 IEEE MGA Achievement Award and for his leadership Bangladesh Section received 2016 IEEE R10 HTA Outstanding Activities Award. He is serving as a member of three subcommittees of IEEE Region 10 (Asia Pacific), namely Educational Activities, Section/Chapter, Individual Benefits & Services. He is the member of Ad-hoc committee for IEEE Region 10 fifty years celebration. He is the Senior Member of IEEE and Fellow of IEB.

R.K.Mohanty received his Ph.D degree from the Department of Mathematics, IIT Delhi on the topic  ‘Numerical Methods for Nonlinear Partial Differential Equations’, in the year 1990. He is already having 25 years of teaching and research experience at University of Indore, University of Delhi and South Asian University. At present, Dr Mohanty is a DEAN of Faculty of Mathematics and Computer Science of South Asian University. Dr. Mohanty is a recipient of prestigious ‘Fulbright Fellowship’, ‘Commonwealth Fellowship’, ‘BOYSCAST Fellowship’, ‘Royal Society Fellowship’, ‘DFG Fellowship’ etc. He has worked as a post-doctoral fellow at  Loughborough University (UK), Nottingham Trent University (UK), Dresden University of Technology (Germany), Louisiana Tech University (USA) and University of Stratchclyde (UK). Dr. Mohanty has already published more than 150 research papers in various international academic Journals of repute. He has successfully guided 22 Ph.D students.  Dr Mohanty has been elected as a ‘Fellow of National Academy of Sciences’ (FNASc), Allahabad in the year 2012. 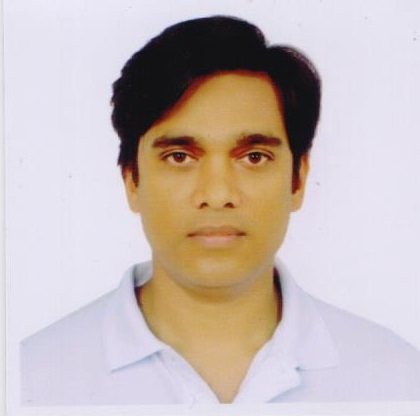 Jagdish Chand Bansal is an Assistant Professor at South Asian University New Delhi. Dr. Bansal has obtained his PhD in Mathematics from IIT Roorkee. Before joining SAU New Delhi he has worked as an Assistant Professor at ABV- Indian Institute of Information Technology and Management Gwalior and BITS Pilani . He is the editor in chief of “International Journal of Swarm Intelligence (IJSI)” published by Inderscience. He has edited 7 special issues of various international journals published by Elsevier, Springer and Inderscience. He was also one of the organizers of international conferences BIC-TA 2012 at ABV-IIITM Gwalior, India, and annual conference series SocProS. He is the general secretary of Soft Computing Research Society. His Primary area of interest is Nature Inspired Optimization Techniques. Recently, he proposed a fission-fusion social structure based optimization algorithm, Spider Monkey Optimization (SMO), which is being applied to various problems from engineering domain. He has published 51 research papers in various international journals/conferences. He has supervised two Ph.D. thesis from ABV-IIITM Gwalior and 3 are in progress from SAU New Delhi. He has received Young Scientist Award 2009 from Gwalior Academy of Mathematical Sciences. He has also received Gold Medal at UG and PG level.

Syed Akhter Hossain is currently working as Professor and Head of the Department of Computer Science and Engineering at Daffodil International University. Professor Hossain obtained M.Sc. in Applied Physics and Electronics from Rajshahi University and Ph.D. in Computer Science and Engineering from University of Dhaka. He attended Erasmus Mundus post doctoral fellowship in the area of Informatics and Industrial Engineering with University Lumiere Lyon 2 in France.  He has more than 23 years of working experience in industry, education, research and training. He is actively involved in research guidance/ research projects/ research collaborations with Institutes/ Industries and has more than 70 publications/ presentations and his work is listed in DBLP, IEEE Explore and other research databases. He received National ICT Award 2016 for his outstanding contribution in ICT education. He also received other International awards for teaching including other national awards for his scholastic works specially for the contribution of machine translator for Bangla Braille used by the visually impaired society. He is also member of several national and international professional bodies. 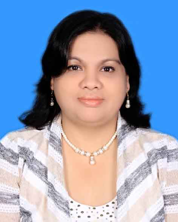 Dr. Celia is a senior member of IEEE and has published more than b80 international journal and conference papers. She is serving as committee members of different IEEE and international conferences and workshops. She is the reviewer of different IEEE and international journals and conferences. She has served as Chair, Membership Development (2012-13) of IEEE Bangladesh Section.  She is the founding Chair of WIE Affinity Group, IEEE Bangladesh Section and contributed to the amazing growth of the group as the Chair till 2015 for which she is currently acting as an advisor. She is also the coordinator of FLASH, a special interest group on Humanitarian Technology (SIGHT) in IEEE Bangladesh Section. She started contributing to IEEE Region 10 (Asia-Pacific) as Region 10 Women in Engineering (WIE)    webmaster in 2014. She has served as a member of IEEE Region 10 WIE subcommittee and also as a representative of IEEE Region 10 WIE volunteer committee in 2015. She was a member of the organizing team in All IEEE Young Engineers Humanitarian (AIYEHUM) Challenge 2015 organized by the IEEE Region 10. Currently, she is serving as committee member of Special event subcommittee and Women in Leadership Collabratec Community of international WIE. She has served as the Co-chair in IEEE WIE Global Summit 2016 at Bangalore as well as the program Chair. She has also served as the program Chair of WIE track in IEEE R10 students/Young Professionals/Women in Engineering/Life Member congress 2016 at Bangalore. She was the Technical Program Chair of IEEE WIECON-ECE 2015 and is the General Chair of IEEE WIECON-ECE 2016. She is the winner of 2013 IEEE Region 10 WIE Professional Volunteer award. She is also the recipient of 2015 WIE Inspiring Member Award. She is serving as the IEEE R10 WIE Coordinator 2016, the first Bangladeshi to occupy such a high prestigious position in R10. Recently she is been selected as the recipient of IEEE Member and Geographic Activities (MGA) Leadership award with citation “ For leadership in engineering and technology driven innovative IEEE Women in Engineering activities for enhanced membership development and engagement in Region 10 and across the globe”.

Deepa Sinha, now an Associate Professor in South Asian University, Delhi, received Ph.D. from Delhi University, India in Applied Mathematics, 2007. Earlier she did M.Sc. in Mathematics from Indian Institute of Technology, Kanpur in 1994 and since then she has been serving several Institutions for graduate and post graduate courses, particularly Khalsa Girls Degree College (1996-1999), Delhi College of Engineering (1999- 2004), Banasthali University (2004-2012), Delhi Technological University (2012). Her Ph.D. Her Ph.D. Dissertation a New Frontier in the Theory of Signed Graphs is under the guidance of Prof. Mukti Acharya, University of Delhi. She has guided many students in Discrete Mathematics in M.Sc., M. Phil, and Ph.D level. She is CSIR-NET qualified (twice) and had been awarded junior research fellowship by MHRD to carry out research towards her Ph.D. at Delhi University, Delhi. She was also the member of syllabus committee in Central University, Rajasthan. She has refereed several research papers for National and International Journal of high impact factor like Discrete Applied Mathematics, Graphs and Combinatorics, International Journal of Physical Sciences etc. She has more than 82 research papers to her account in journals of high impact factor. She has chaired several sessions in National/International conferences. She has guided nine research students. She is a member of five reputed societies of Mathematics.

Kapil Sharma completed his PhD at IIT Kanpur in 2004. His PhD dissertation established a theory for the numerical study of boundary value problems for singularly perturbed differential difference equations.

He joined the Department of Mathematics (Centre for Advanced Study in Mathematics), Panjab University, Chandigarh as a faculty member in 2004. In 2005, he had been awarded the prestigious INRIA post-doctoral fellowship and joined MAB-Institute de Mathematiqe, Bordeuax Universite 1, France where he worked on a new concept in the simulation of elliptic type partial differential equation, which named as Computing Zoom Technique. Since 2012, he has been working as an Associate Professor in the department of mathematics, South Asian University, New Delhi. In 2008, he joined the editorial board of Applied Mathematics and Computation, a leading international journal in applied mathematics, published by Elsevier. He has more than 16 years research and teaching experience. He guided four PhD students and five PhD students are working under his supervision. He has published 45 research papers in refereed international journal of repute.